The Helen O’Grady Drama Academy offers a very successful and affordable developmental drama programme for 5 to 17 year olds. Our classes help to build confidence and self-esteem with an emphasis on FUN! All of our specially trained teachers follow a structured, professional curriculum that explores voice, movement and creative drama. Youth Theatre students will find our curriculum very beneficial if they are studying Drama at G.C.S.E and ‘A’ Level. We offer all new students their first lesson FREE!

LOCAL NEWS
THE GRAVESEND & DISTRICT THEATRE GUILD PRESENT.....Guys and Dolls
23-26 March 2011
7.30pm
The OWG Centre
Hamley Road
Dartford
DA1 1PX
Box Office 07981 792101
www.gravesendtheatreguild.org
Guys and Dolls has music and lyrics by Frank Loesser and book by Jo Swerling and Abe Burrows, it is loosely based on Damon Runyon’s short stories "The Idyll of Miss Sarah Brown" and "Blood Pressure". It premiered on Broadway in 1950, ran for 1,200 performances and won the Tony Award for Best Musical. A film version was made in 1955 starring Marlon Brando and Frank Sinatra. There was tension between the two stars, as Sinatra had wanted to play Sky, and not Nathan. Sinatra got his revenge afterwards by recording the songs Sky sings in the show. A comic morality tale set to a hot jazz score, “Guys and Dolls” is a New York love-story filled with memorable songs including “Luck Be A Lady” and “Sit Down You’re Rockin’ The Boat”.
Set in the shadier parts of 1950s New York frequented by gangsters and racketeers lead by Nathan Detroit, who, with his sidekicks, Nicely-Nicely Johnson and Benny Southstreet are desperate to find somewhere to hold their next crap game. Nathan's fiancée, Adelaide a singer at The Hot Box club, hates the crap game almost as much as Lt. Brannigan, who tries to foil Nathan's efforts. Sister Sarah Brown of the Save-a-Soul Mission is trying to get the gamblers to lead better lives but is finding it hard going and the Mission is under threat of closure.
Sky Masterson, the renowned womaniser and gambler, is in town and Nathan needs to find $1000 to hire Biltmore's Garage for the crap game. In an attempt to get the money he bets Sky $1000 that he cannot persuade a "Doll" of Nathan's choosing to go with him to Cuba. Sky thinks he is onto a winner until Nathan chooses Sister Sarah as the "Doll"! Sky uses his charm and persuades Sarah to go to Havana, promising to provide twelve sinners for the Mission. Meanwhile, in her absence the gamblers use the Mission for the game, but everything is spoiled when Lt. Brannigan arrives.
The next night, at the insistence of Big Jule a hustler from Chicago, Nathan is forced to hold the game in the only place left – the sewer! Trouble develops when Big Julie proceeds to cheat Nathan out of all the money he has made from setting up the game. Sky arrives and offers to play dice with the men. If he loses, they each get a thousand dollars - if they lose, they must attend the midnight prayer meeting at the Mission.
Sky wins, the gamblers attend the meeting and the Mission is saved. Adelaide and Sarah meet by chance and decide on a strategy to get their “Guys” and a happy ending is in sight.
Posted by Helen Walls, Principal at 17:57 0 comments

THE HAYES PLAYERS (NEAR OUR HAYES STUDIO) PRESENT ....

Lettice and Lovage
by Peter Shaffer
16–19 February 2011
Hayes Village Hall
Wednesday – Saturday at 7.45pm
Box Office: 07905 210718
Tickets: £7
Lettice Douffet, an expert on Elizabethan cuisine and medieval weaponry, is an indefatigable enthusiast of history and the theatre. She is a tour guide at Fustian House ‘one of the least stately and least interesting of Britain's’ stately homes. Lettice begins to embellish its historical past and her lecture gains theatricality and romance as it strays from the facts. Lotte Schoen, an inspector from the Preservation Trust, is not impressed or entertained by these uninhibited history lessons. She fires Lettice, but gradually becomes fascinated by her unusual past, her romantic world-view and her refusal to accept the mediocre and the second rate. The two women forge an alliance to awaken their fellow citizens to the dreariness of modern life.
Posted by Helen Walls, Principal at 10:37 0 comments 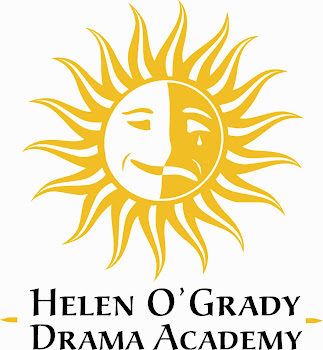